While not working on Tuesdays, we from time to time participate to/ or organize events. Even if it is not customary, software-application-related events do take place in Brussels; this one was intitled Programming Conference 2017.

– 09:00–09:15: Opening and introductions (Vadim Zaytsev)
– 09:15–10:30: Attribute Grammars for DSLs for Music and 3D Graphics (Elizabeth Scott, Adrian Johnstone) with ART
– 11:00–12:00: Metaprogramming in Late Phases of Compilation (Anya Helene Bagge) with Rascal
– 13:30–15:00: Experimenting with Racket as a Language Workbench (Robby Findler) with Racket
– 15:30–17:00: The Future of Compilers, presentations by Rik Arends with MakePad, Ralf Lämmel with The Software Languages Book, Adrian Johnstone with FunCons & Nicolas Laurent with Whimsy and Autumn

Participants were lucky enough to measure their compiling coding skills to others and especially under supervision of experts.

An impressive collection of books was available to help them “survive” the day. 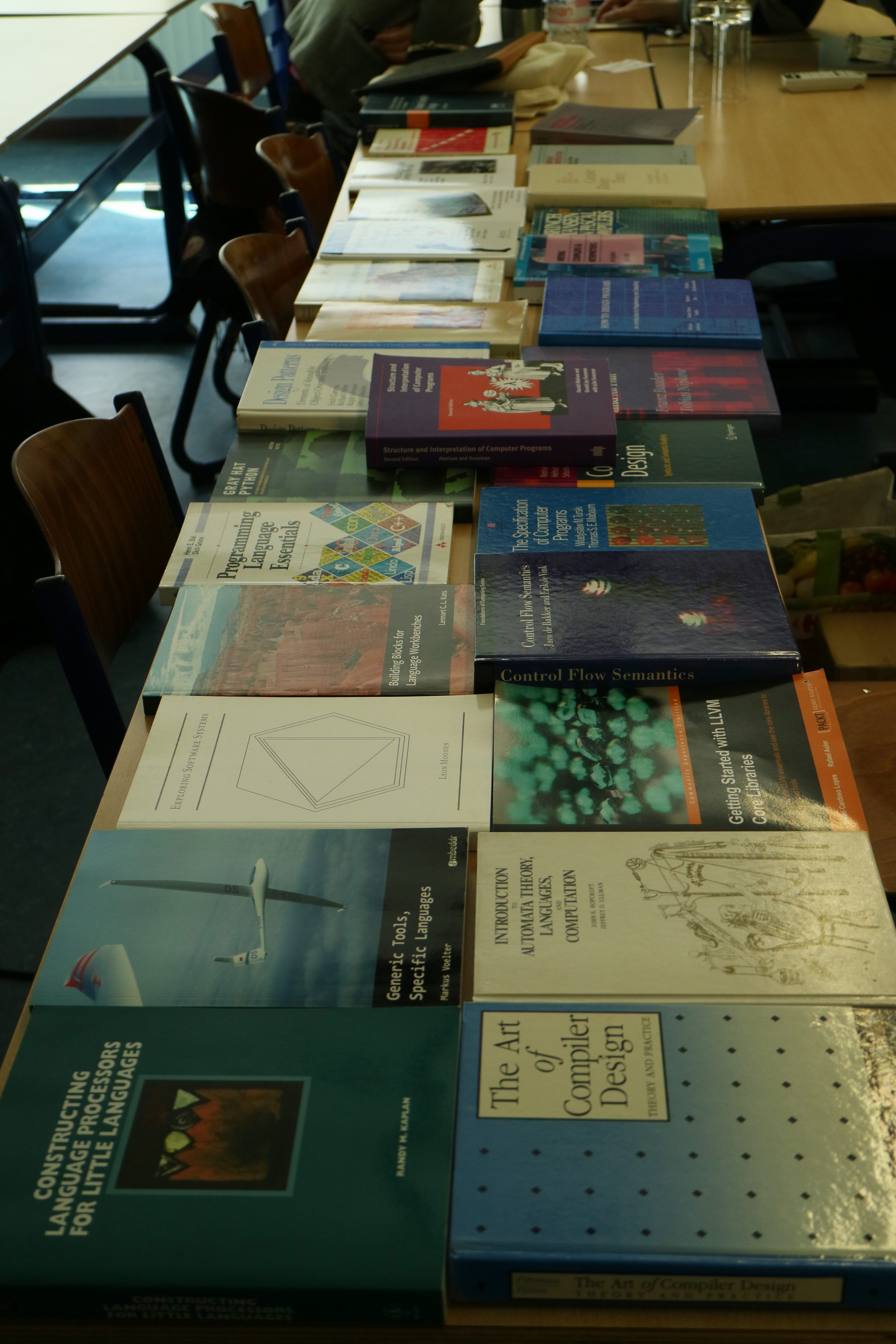 A few quotes from the day:

Adrian Johnstone, while describing the software he & E. Scott are working on:
“We’re excepting a full release of the software in the summer, you are my guinea pigs”

on Java:
“Of course it’s quite easy to write Java that is incorrect”

We learned from Anya Helene Bagge that the implementation of Rascal is about 30 000 lines.

Robby Findler & Matthew Flatt, in the Rascal session, were excellent supervisors & accessible to every participant. 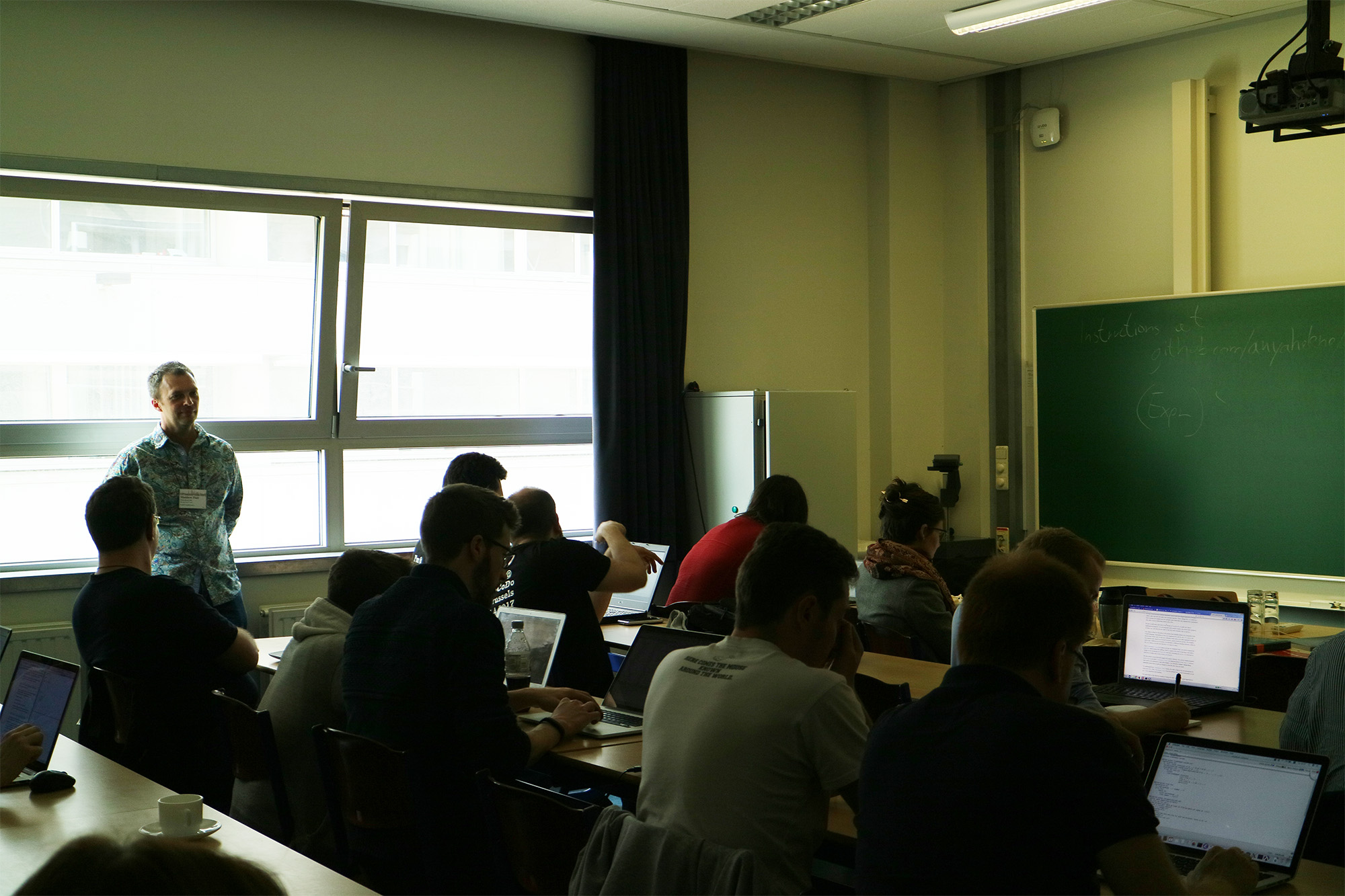 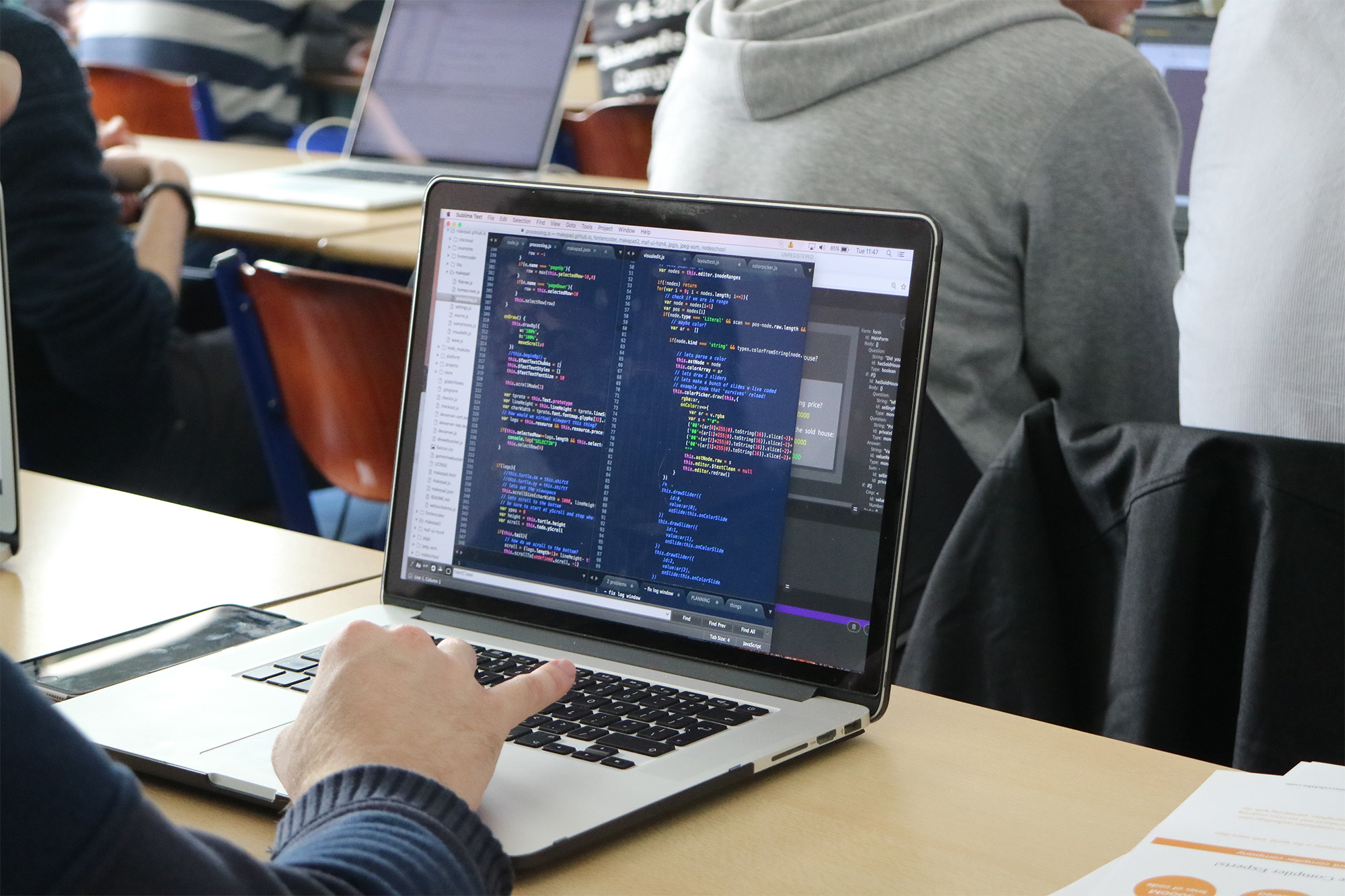 Each episode will feature an interview with a different expert. We focus on people with the particular mindset it takes to work on language technologies, a mindset wired to think about programs as abstract objects to be studied, manipulated and transformed, and languages and compilers as playgrounds of the creative mind.

We stay away from the technicalities that have been described extensively in separately published material.

Instead, we interview language designers, past and current, compiler writers, tool developers, educators, researchers, the famous as well as the confidential, but always with a story to tell, always with a fresh perspective. They share ideas, motivations, ambitions and even frustrations.

Our community is made of passionate people, with strong and sometimes conflicting opinions, but conversations remain civil even when we disagree on most things. This is about confronting ideas, not about winning an argument.

So join us for inspiring conversations with inspiring people.

After all, it’s in the title.

We speak your language. 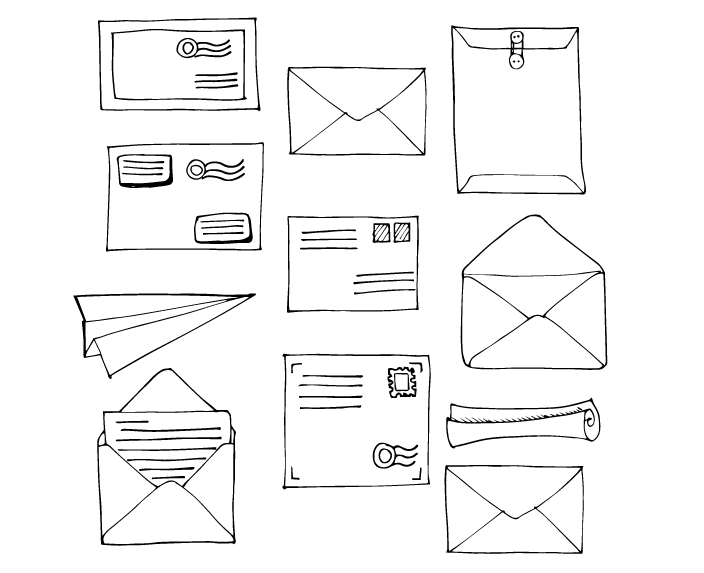